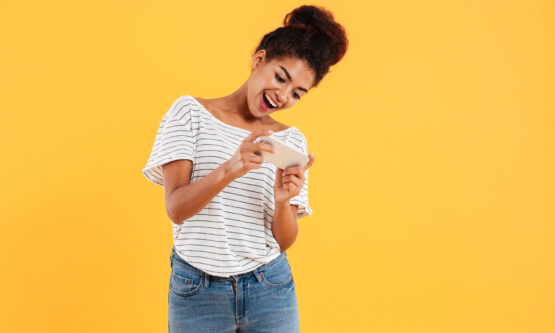 Why are hyper – casual games the biggest hit?

Hyper – casual games reached the highest spot of game businesses, accumulating billions of dollars per year, with tendencies for further large scale growth. It is important to mention the role of social media, hardly pushing this expansion and attracting a significant number of users.

Maybe you wondered, where did this success come from?

Well, hyper – casual games are easy to understand, with very little attention required, hyping you up and making you play more and more.

The intuitive mechanics and attractive user experience are making them so popular. Everyone play games to distract themselves for 10 minutes on the bus station, or somewhere bored while waiting in line. But, it doesn’t mean that they can’t also very easily find themselves with a phone in hands hours later.

It turned out that hyper – casual game developers showed the high capacity of acquiring a lot of new users, and even keeping them engaged and constantly getting them back on the game.

A good hyper – casual game is a real challenge!

These games require a minimum effort. You won’t need to play with both your hands, neither to do hard thinking – gameplay is usually very simple. But, in order to assure retention for a relatively long period and make games addictive, developers often shorten the time and stimulate players to speed up. Also, there can be obstacles set up so they have to move their fingers faster. Difficulties can be increased, so it’s very satisfying when you win. Until that happens, you’ll come back to play, again and again.

So, now when we took a brief review of the hyper – casual story, no matter what kind of games are your favourite, we all may agree that these games are really big business.

Maybe you have some game ideas? We are open for collaboration, feel free to contact us.

We are occupied with giving you awesome experience, check it out now! We can’t wait to hear your thoughts and suggestions.

NextGAME INDUSTRY DURING COVID 19Next
On Key

Today we talk about platformers! And not just any, but one-click platformers, or as some call them, one-button platformers! What are platformers? To answer that, let’s go back to our childhood, or, for some of you, ancient history when your parents used to play games! We are all familiar with the game called Super Mario

Playing video games does not always run into supportive opinions. It is considered that sitting in front of screen for a longer period of time causes bad posture, unhealthy sleep schedule and eventually, a lack of social skills. But, on the other side, several researches show that playing strategy games stimulates cognitive abilities, especially when

Why do we love zombies?

Everyone heard about The Last of Us, Resident Evil, The Walking Dead, World War Z and you being a fan or not doesn’t change the fact that the concept of zombies stayed in the mainstream of popular culture. The idea of zombies nearest to the contemporary one originates from George Romero’s movie “Night of the

The fast spread of Covid – 19 all around the world is still disrupting normal life. It became a concern of every citizen, country and organization. Besides governments, healthcare systems and companies, the gaming industry also gives its contribution in fighting against this disease. Considering its big economic significance, high reach and influence on population,

Why are hyper – casual games the biggest hit? Hyper – casual games reached the highest spot of game businesses, accumulating billions of dollars per year, with tendencies for further large scale growth. It is important to mention the role of social media, hardly pushing this expansion and attracting a significant number of users. Maybe

Any cookies that may not be particularly necessary for the website to function and is used specifically to collect user personal data via analytics, ads, other embedded contents are termed as non-necessary cookies. It is mandatory to procure user consent prior to running these cookies on your website.